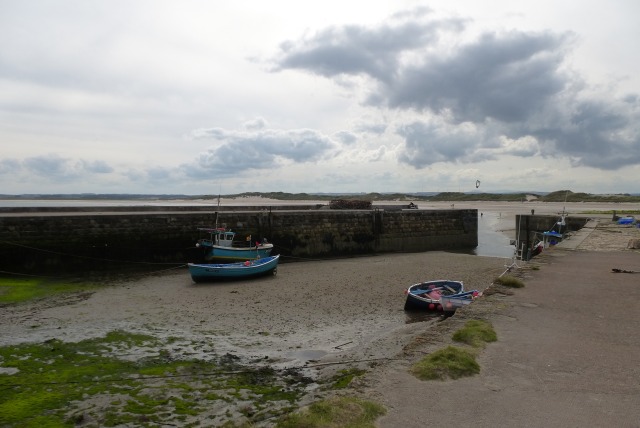 Beadnell is a village and civil parish in Northumberland, England. It is situated about 4 miles (6.4 km) south-east of Bamburgh, on the North Sea coast.
It takes its name from the Anglo Saxon "Bede's Hall".
The earliest written reference is found in 1161.
Containing the only west-facing harbour entrance on the east coast of England, Beadnell is a tourist base, the town consisting largely of holiday homes, with some small-scale fishing. Two large caravan sites neighbour the village, as well a​s a handful of campsites. The parish church is the Anglican Church of St. Ebba (named after Saint Æbbe the Elder, founder of abbeys and daughter of King Æthelfrith), built in the eighteenth century as a chapel and rebuilt in 1860. A sixteenth-century pele tower remains as part of the public house, The Craster Arms