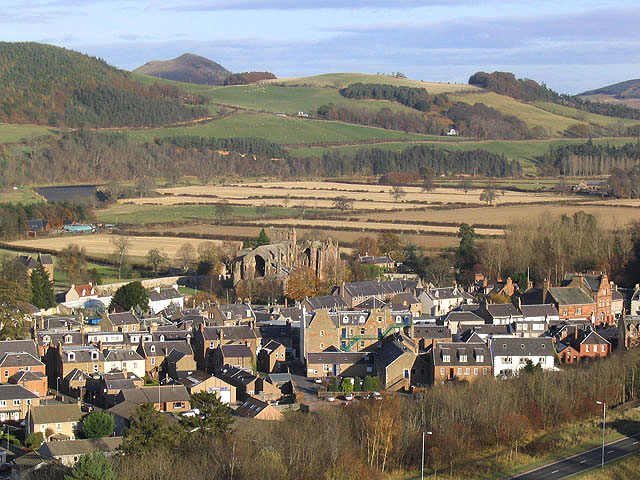 Melrose (Scottish Gaelic: Maolros, "bald moor") is a small town and civil parish in the Scottish Borders, historically in Roxburghshire
The original Melrose was Mailros[citation needed], meaning "the bare peninsula" in Old Welsh or Brythonic. This referred to a neck of land by the River Tweed several miles east of the present town, where in the 6th century a monastery was founded associated with St Cuthbert. It was recorded by Bede, and also in the Anglo-Saxon Chronicle with the name Magilros. This monastery and settlement, later known as "Old Melrose", were long abandoned by the 12th century.
Melrose is the birthplace of Rugby Sevens and also has a rugby union team, Melrose RFC. Every year on the second Saturday in April the famous Melrose Sevens are held at the Greenyards and is the biggest annual sporting event held in the town. Rugby union has always been the most popular sport in Melrose.