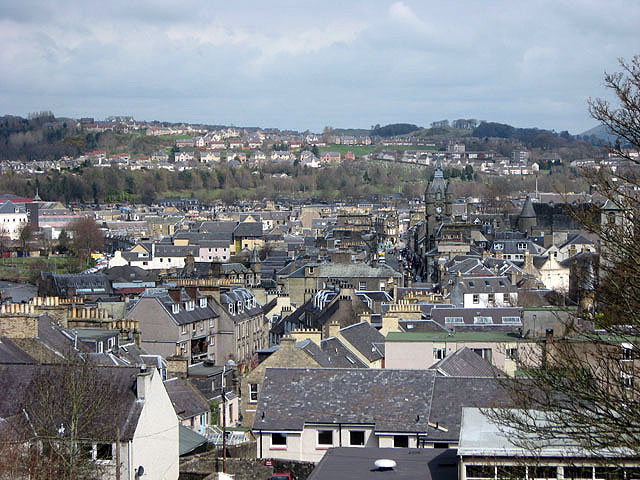 Walter Baxter / Hawick from the top of the Motte CC2.0

Hawick (/ˈhɔɪk/ HOYK; Scots: Haaick, Scottish Gaelic: Hamhaig) is a town in the Scottish Borders council area and historic county of Roxburghshire in the east Southern Uplands of Scotland. It is 10 miles (16.1 km) south-west of Jedburgh and 8.9 miles (14.3 km) south-south-east of Selkirk. It is one of the farthest towns from the sea in Scotland, in the heart of Teviotdale, and is the biggest town in the former county of Roxburghshire. The town is at the confluence of the Slitrig Water with the River Teviot.