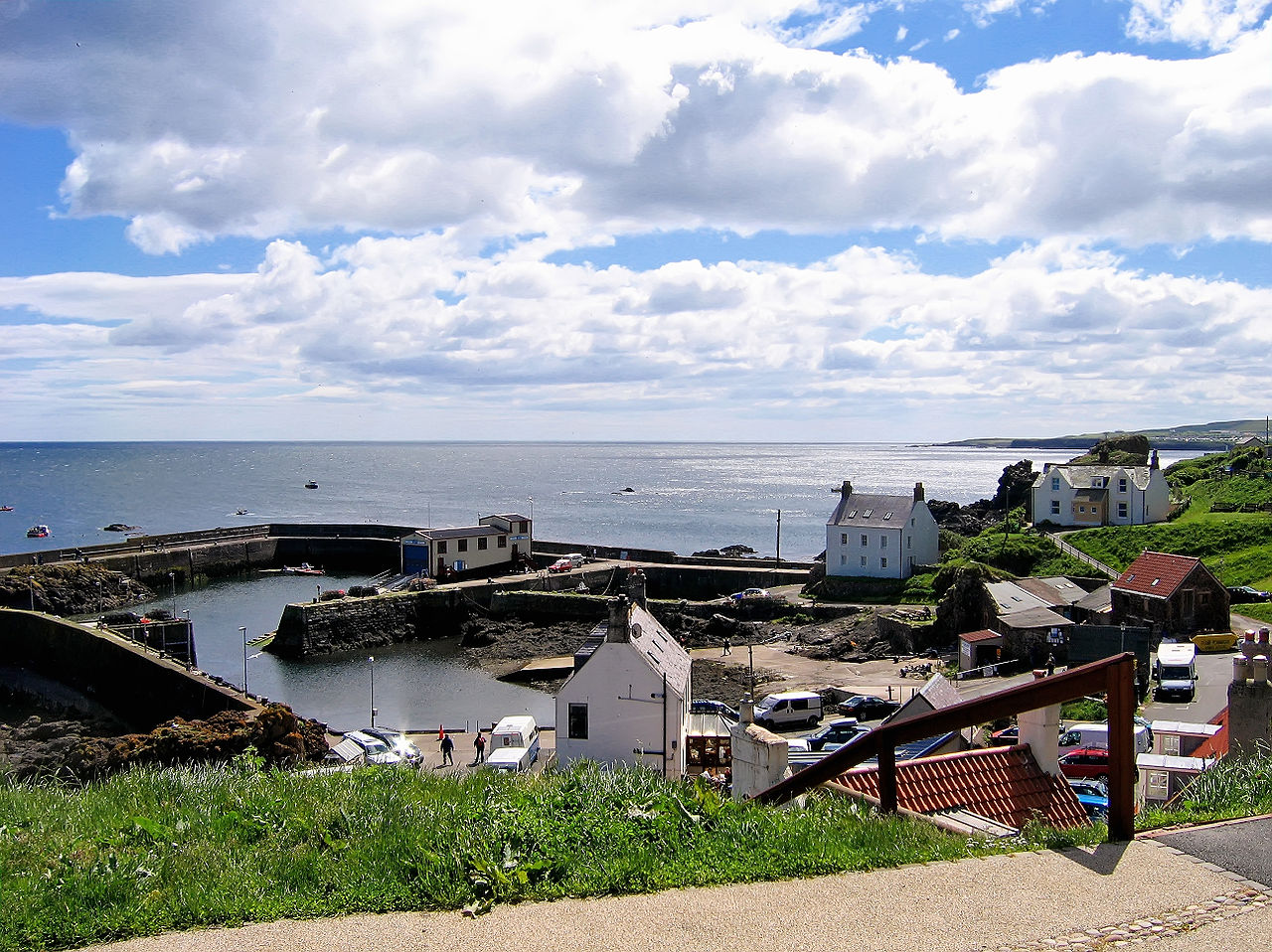 St Abbs is a small fishing village on the southeastern coast of Scotland, within the Coldingham parish of Scottish Borders.
The village was originally known as Coldingham Shore, the name St Abbs being adopted in the 1890s.
The new name was derived from St Abb's Head, a rocky promontory located to the north of the village, itself named after the 7th-century saint Æbbe of Coldingham.
The first building in St Abbs was constructed in about the middle of the 18th century followed later by a row of five cottages. This first row of houses was constructed in a traditional Scottish style with a central fire and a wide chimney. The walls were constructed of "clat and clay," a framework of wood interlaced with straw and daubed with moist clay.
On 5 September 1914, HMS Pathfinder was sunk off St Abbs Head by the German U-21, the first Royal Navy ship to be sunk by a U-boat.