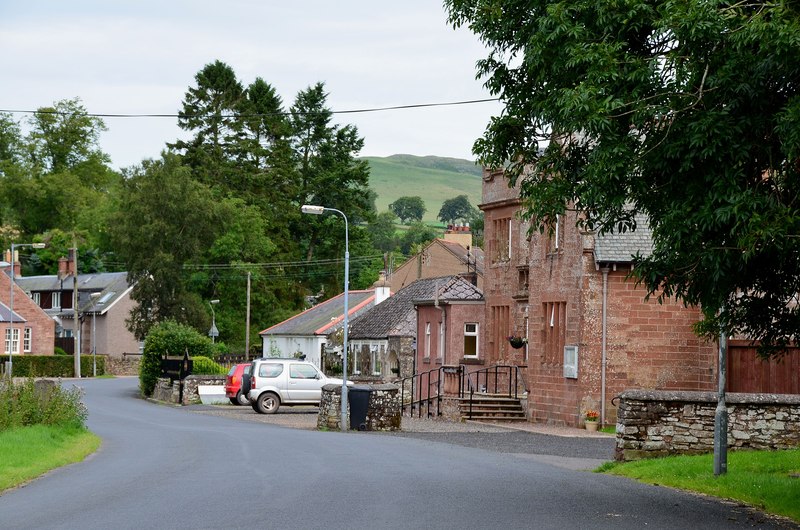 The name of the town is said to be Roman being devised from the term "Bona Castra" meaning "good camp" and on nearby Bonchester Hill 322 metres (1,056 ft) to the east of the village, it is topped by a hill fort.

In 1701 the town's coaching inn "The Horse and Hound" was opened, although the building there today dates from rebuilding over 100 years later by James Chisholme. The bridge in the name dates from the 19th century when a toll road was constructed from the pass over the Cheviots on the England/Scotland border at Carter Bar and the market town of Hawick which is six miles away.
At the turn on the 19th century James Pearson Alison designed nearby Jedburgh Town Hall and the William Laidlaw Memorial Hall for Bonchester Bridge. It was a gift to Bonchester Bridge from his father Sir Robert Laidlaw.
During the second world war, Hallrule Hall of Bonchester Bridge became the temporary home of St George's School, Edinburgh from 1939 to 1942.