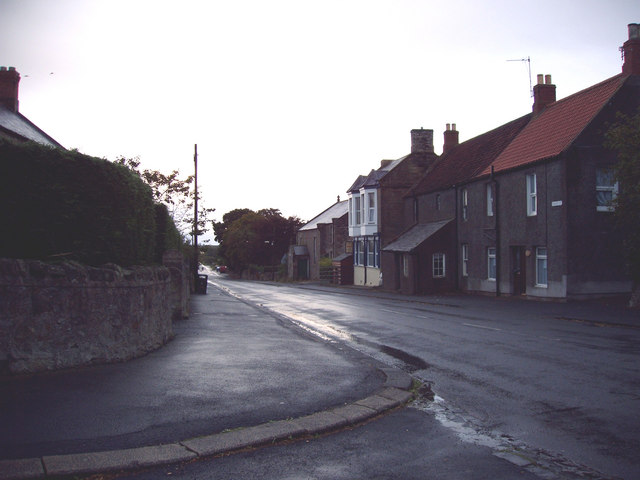 Lowick (/ˈlaʊɪk/) is a village in Northumberland, north east England. Lowick lies on the B6353 road, about 10 miles (16 km) south of Berwick-upon-Tweed. The Anglican St John the Baptist's Parish Church dates from 1794, but a chapel was built in the 12th century by monks of Lindisfarne. The Grade II* listed Barmoor Castle, a castellated Tudor style country house is about a mile to the west of the village.
Lowick appears in records in 1181 as Lowich, and in 1242 as Lowyc. The Roman era Devil's Causeway passes through the village. It was used by monks travelling from Lindisfarne to Durham
he monks of Lindisfarne built a chapel in the 12th century. The Anglican parish church dedicated to St John the Baptist dates from 1794, although its register dates from 1720 in an earlier building. The church was renovated and altered in 1887 by F. R. Wilson, a contractor for the Percy family, Earls and Dukes of Northumberland. The Scottish congregation, in existence since 1662 when it was formed by Reverend Luke Ogle, is one of the oldest non-conformist in England.

Skip hire in Lowick?
Hawick Skip hire covers and services Lowick and the surrounding areas in North​ Northumberland and the Scottish Borders offering a same day service, 7 days a week