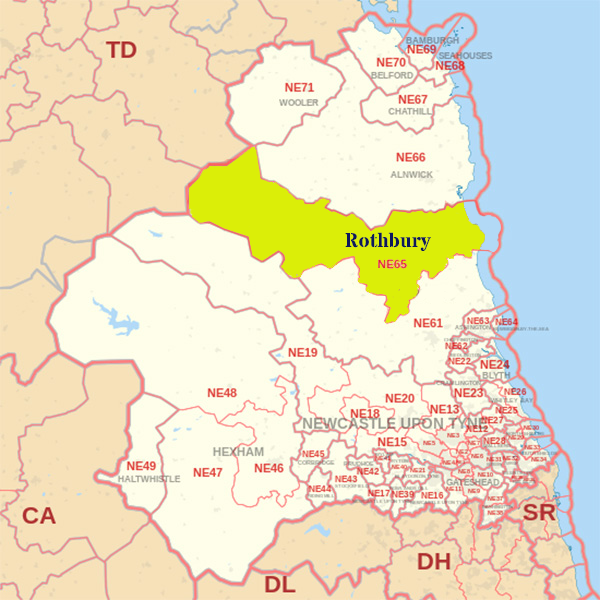 The NE65 Postcode area has Rothbury as its postal town.
It extends to cover the area around the route of the river Coquet. 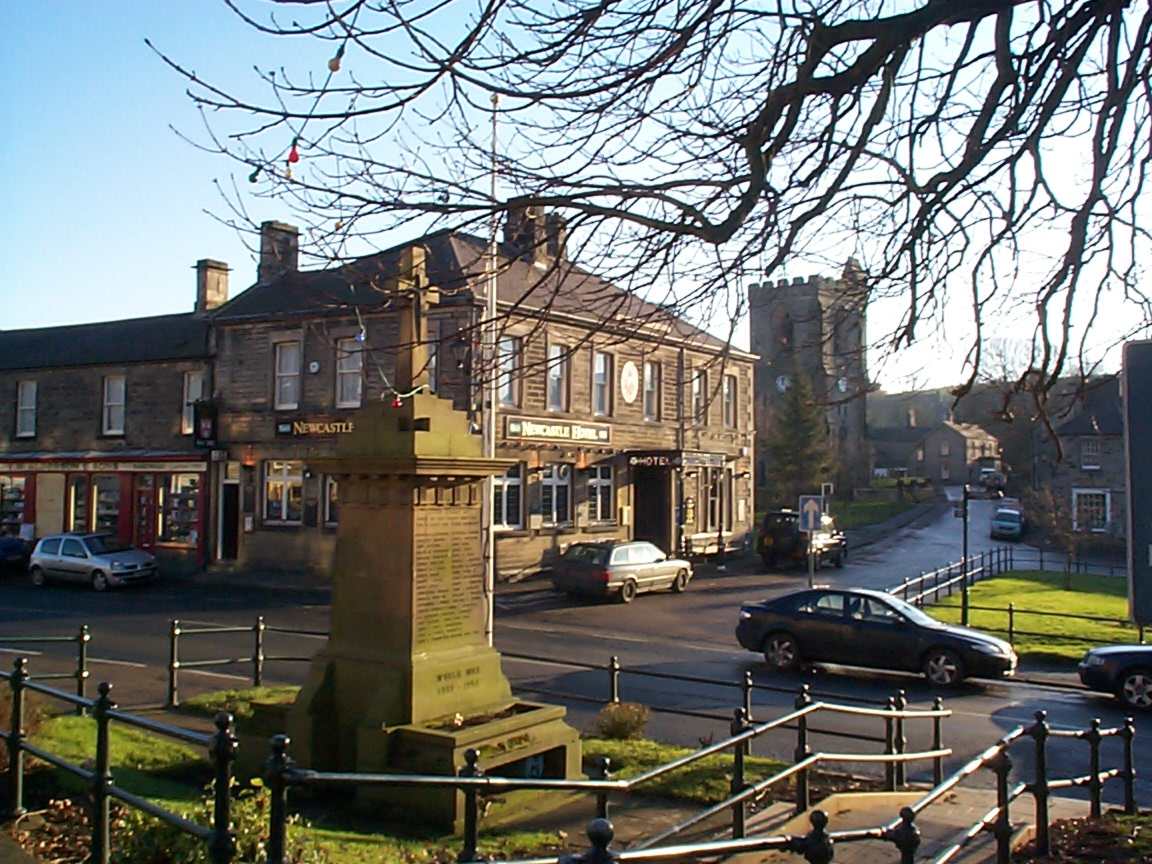 Rothbury is a market town and civil parish in Northumberland, England, on the River Coquet. It is 13.5 miles (21.7 km) northwest of Morpeth and 26 miles (42 km) of Newcastle upon Tyne.
Rothbury emerged as an important town because of its location at a crossroads over a ford on the River Coquet. Turnpike roads leading to Newcastle-upon-Tyne, Alnwick, Hexham and Morpeth allowed for an influx of families and the enlargement of the settlement during the Middle Ages. In 1291, Rothbury was chartered as a market town and became a centre for dealing in cattle and wool for the surrounding villages during the Early Modern Era. Later, Rothbury developed extensively in the Victorian era, due in large part to the railway and the industrialist Sir William Armstrong. Between 1862 and 1865, Armstrong built Cragside, a country house and "shooting box" (hunting lodge) just outside Rothbury, and extended it as a "fairy palace" between 1869 and 1900. The house and its estate are now owned by the National Trust and are open to the public, attracting many visitors to the area.