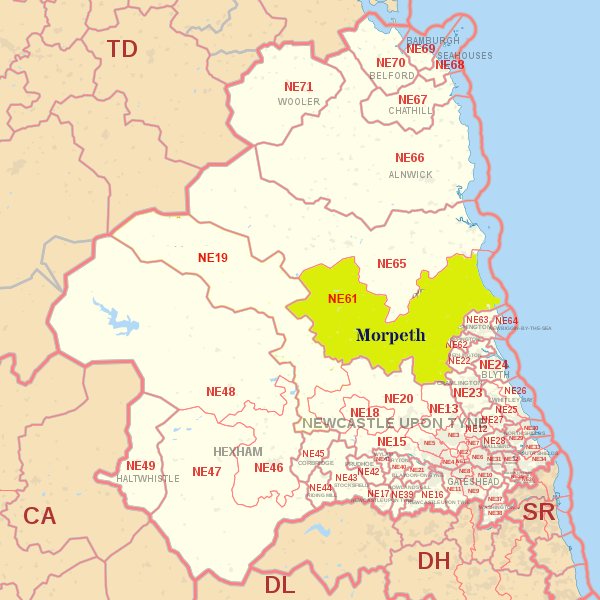 The NE61 Postcode area has Morpeth as its postal town.
It extends to cover the area around the route of the river Coquet.

Morpeth is a historic market town in Northumberland, North East England, lying on the River Wansbeck. Nearby towns include Ashington and Bedlington
The earliest evidence of settlement is believed to be from the Neolithic period, and some Roman artifacts have also been found. The first written mention of the town is from 1080, when the de Merlay family was granted the barony of Morpeth. The meaning of the town's name is uncertain, but it may refer to its position on the road to Scotland and a murder which occurred on that road. The de Merlay family built two castles in the town in the late 11th century and the 13th century. The town was granted its coat of arms in 1552. By the mid 1700s it had become one of the main markets in England, having been granted a market charter in 120