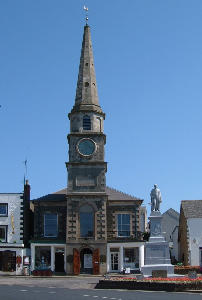 Selkirk is a town and historic royal burgh in the Scottish Borders Council district of southeastern Scotland. It lies on the Ettrick Water, a tributary of the River Tweed.
The people of the town are known as Souters, which means cobblers (shoe makers and menders). At the time of the 2011 census, Selkirk's population was 5,784.
Selkirk grew because of its woollen industry, although now that industry has ceased. The town is best known for bannocks, a dry fruit cake. It has a museum and an art gallery.

Skip hire in Hawick?
Hawick Skip hire covers and services Selkirk and the surrounding areas in North Northumberland and the Scottish Borders offering a same day service, 7 days a week